Best Thoughts to Inspire Success in Your Life

If I don’t know where I’m going, any road will get me there… 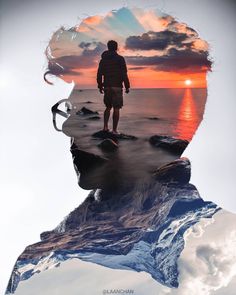 “What does success mean to you?”
A mentor asked me this a few years ago, and when he did, I didn’t know how to respond.
I guess I always thought being happy and having a lot of money was the key, but as I quickly learned, this mindset was the exact reason why I wasn’t getting anywhere.

So, what is success?


Here are 50 quotes to inspire you to succeed in the face of failures, setbacks, and barriers.

Thoughts to Inspire Success in Your Life 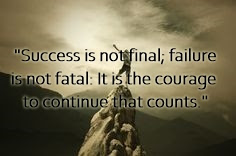 1. "Success is not final; failure is not fatal: It is the courage to continue that counts."- Winston S. Churchill

2. "It is better to fail in originality than to succeed in imitation."- Herman Melville

3. "The road to success and the road to failure are almost exactly the same."- Colin R. Davis

4. "Success usually comes to those who are too busy to be looking for it."- Henry David Thoreau

6. "Don't be afraid to give up the good to go for the great."-John D. Rockefeller

7. "I find that the harder I work, the more luck I seem to have."- Thomas Jefferson
8. "There are two types of people who will tell you that you cannot make a difference in this world: those who are afraid to try and those who are afraid you will succeed."- Ray Goforth

11. "Never give in except to convictions of honor and good sense."- Winston Churchill 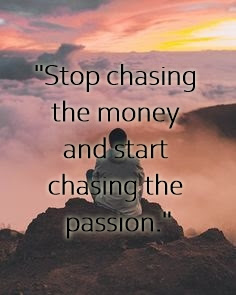 13. "Success is walking from failure to failure with no loss of enthusiasm."- Winston Churchill

14. "I owe my success to having listened respectfully to the very best advice, and then going away and doing the exact opposite."- G. K. Chesterton

15. "Would you like me to give you a formula for success? It's quite simple, really: Double your rate of failure. You are thinking of failure as the enemy of success. But it isn't at all. You can be discouraged by failure or you can learn from it, so go ahead and make mistakes. Make all you can. Because remember that's where you will find success."- Thomas J. Watson

16. "If you are not willing to risk the usual, you will have to settle for the ordinary."- Jim Rohn

17. "The ones who are crazy enough to think they can change the world, are the ones that do."- Anonymous
18. "Do one thing every day that scares you."- Anonymous
19. "All progress takes place outside the comfort zone."- Michael John Bobak
20. "People who succeed have momentum. The more they succeed, the more they want to succeed, and the more they find a way to succeed. Similarly, when someone is failing, the tendency is to get on a downward spiral that can even become a self-fulfilling prophecy."- Tony Robbins 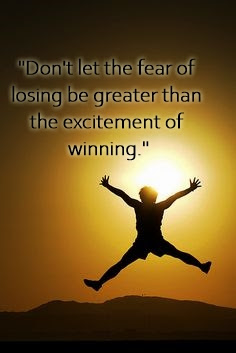 21. "Don't let the fear of losing be greater than the excitement of winning."- Robert Kiyosaki


23. "The real test is not whether you avoid this failure, because you won't. It's whether you let it harden or shame you into inaction, or whether you learn from it; whether you choose to persevere."- Barack Obama

24. "The only limit to our realization of tomorrow will be our doubts of today."- Franklin D. Roosevelt

25. "Character cannot be developed in ease and quiet. Only through experience of trial and suffering can the soul be strengthened, ambition inspired, and success achieved."- Helen Keller

26. "The way to get started is to quit talking and begin doing."- Walt Disney

27. "The successful warrior is the average man, with laser-like focus."- Bruce Lee
28. "There are no secrets to success. It is the result of preparation, hard work, and learning from failure."- Colin Powell

29. "Success seems to be connected with action. Successful people keep moving. They make mistakes, but they don't quit."- Conrad Hilton
30. "If you really want to do something, you'll find a way. If you don't, you'll find an excuse."- Jim Rohn
- April 10, 2020

Email ThisBlogThis!Share to TwitterShare to FacebookShare to Pinterest
Labels: Best Thoughts to Inspire Success in Your Life, Heart touching quotes

if you any dobts, Please let me know

Best leadership thoughts A leader is a dealer in hope. —Napoleon Bonaparte You don’t need a title to be a leader. –Multiple Attrib... Best Thoughts in English and Hindi

My goal with this blog is to share my thoughts, inspirations, some quotes and other things to help my readers shift their perspective to a more positive and empowered point of view. I hope that you will enjoy it and share it in whatsapp, facebook and instagram.